Small And White Clean And Bright

Only Tea Time Saves Me From This Emptiness

What at first appears to be the simple tale of a girl and her doughnut soon reveals itself as neo-Kierkegaardian meditation on existential authenticity.

All Over This Land

We made landfall at a sleepy lagoon and wintered on the coast; only venturing out to build up stocks of novels, biographies and non-fiction in preparation for Spring when we were to head north-east into the cultural wastelands of Sussex. 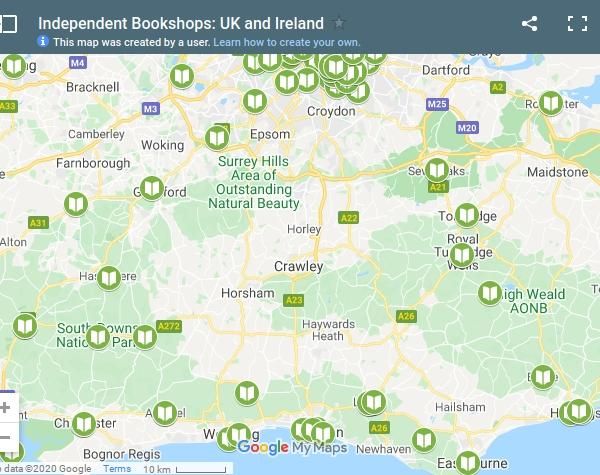 You can see if you’re better endowed in the independent bookshop department here.

A drone from earlier in the year now available without my noodling.

One For The Phrase Book

And should you need to look it up: トイレ行くなら今です

Playboy: All right, let’s start with the most basic question there is: Are you a religious man? Do you believe in God?

Sinatra: Well, that’ll do for openers. I think I can sum up my religious feelings in a couple of paragraphs. First: I believe in you and me. I’m like Albert Schweitzer and Bertrand Russell and Albert Einstein in that I have a respect for life — in any form. I believe in nature, in the birds, the sea, the sky, in everything I can see or that there is real evidence for. If these things are what you mean by God, then I believe in God. But I don’t believe in a personal God to whom I look for comfort or for a natural on the next roll of the dice. I’m not unmindful of man’s seeming need for faith; I’m for anything that gets you through the night, be it prayer, tranquilizers or a bottle of Jack Daniel’s. But to me religion is a deeply personal thing in which man and God go it alone together, without the witch doctor in the middle. The witch doctor tries to convince us that we have to ask God for help, to spell out to him what we need, even to bribe him with prayer or cash on the line. Well, I believe that God knows what each of us wants and needs. It’s not necessary for us to make it to church on Sunday to reach Him. You can find Him anyplace. And if that sounds heretical, my source is pretty good: Matthew, Five to Seven, The Sermon on the Mount.

Playboy: You haven’t found any answers for yourself in organized religion?

Sinatra: There are things about organized religion which I resent. Christ is revered as the Prince of Peace, but more blood has been shed in His name than any other figure in history. You show me one step forward in the name of religion and I’ll show you a hundred retrogressions. Remember, they were men of God who destroyed the educational treasures at Alexandria, who perpetrated the Inquisition in Spain, who burned the witches at Salem. Over 25,000 organized religions flourish on this planet, but the followers of each think all the others are miserably misguided and probably evil as well. In India they worship white cows, monkeys and a dip in the Ganges. The Moslems accept slavery and prepare for Allah, who promises wine and revirginated women. And witch doctors aren’t just in Africa. If you look in the L.A. papers of a Sunday morning, you’ll see the local variety advertising their wares like suits with two pairs of pants.

Sinatra: Remember that leering, cursing lynch mob in Little Rock reviling a meek, innocent little 12-year-old Negro girl as she tried to enroll in public school? Weren’t they — or most of them — devout churchgoers? I detest the two-faced who pretend liberality but are practiced bigots in their own mean little spheres. I didn’t tell my daughter whom to marry, but I’d have broken her back if she had had big eyes for a bigot. As I see it, man is a product of his conditioning, and the social forces which mold his morality and conduct — including racial prejudice — are influenced more by material things like food and economic necessities than by the fear and awe and bigotry generated by the high priests of commercialized superstition. Now don’t get me wrong. I’m for decency — period. I’m for anything and everything that bodes love and consideration for my fellow man. But when lip service to some mysterious deity permits bestiality on Wednesday and absolution on Sunday — cash me out.

Playboy: But aren’t such spiritual hypocrites in a minority? Aren’t most Americans fairly consistent in their conduct within the precepts of religious doctrine?

Sinatra: I’ve got no quarrel with men of decency at any level. But I can’t believe that decency stems only from religion. And I can’t help wondering how many public figures make avowals of religious faith to maintain an aura of respectability. Our civilization, such as it is, was shaped by religion, and the men who aspire to public office anyplace in the free world must make obeisance to God or risk immediate opprobrium. Our press accurately reflects the religious nature of our society, but you’ll notice that it also carries the articles and advertisements of astrology and hokey Elmer Gantry revivalists. We in America pride ourselves on freedom of the press, but every day I see, and so do you, this kind of dishonesty and distortion not only in this area but in reporting — about guys like me, for instance, which is of minor importance except to me; but also in reporting world news. How can a free people make decisions without facts? If the press reports world news as they report about me, we’re in trouble.

Sinatra: No, wait, let me finish. Have you thought of the chance I’m taking by speaking out this way? Can you imagine the deluge of crank letters, curses, threats and obscenities I’ll receive after these remarks gain general circulation? Worse, the boycott of my records, my films, maybe a picket line at my opening at the Sands. Why? Because I’ve dared to say that love and decency are not necessarily concomitants of religious fervor.

Playboy: If you think you’re stepping over the line, offending your public or perhaps risking economic suicide, shall we cut this off now, erase the tape and start over along more antiseptic lines?

Sinatra: No, let’s let it run. I’ve thought this way for years, ached to say these things. Whom have I harmed by what I’ve said? What moral defection have I suggested? No, I don’t want to chicken out now. Come on, pal, the clock’s running.

Frank Sinatra interviewed by Playboy in 1963.

The American vocal group The Marvelettes nearly broke up in 1963 because of vexatious litigation by by the comics company Marvel.

A Little Night Music No.8

Featuring no noticeable tune. So about par for the course.

The usual suspects are joined by a Source Audio Super Collider delaying and reverbing at the end of the signal chain. Or not quite the end as there be a Digitech JamMan Solo XT recording the outcome. Continuing the Digitech theme a Polara provides the reverse reverb.

The Poly Effects Bebo is mainly for delay in quantity at the following lengths: 31, 32, 96 and 128 seconds. Some chorus and phasing is included for good measure. (Patch photo at the end of the video).

The Zoia is running ‘Parts’ by who else but Christopher H. M. Jacques: ‘10 … loopers probabilistically record and play back … depending on a “Density” control. The loops are randomly panned throughout the stereo field, and can be set to different pitches and reversed.’ It is that very Density control I can be seen twiddling.

Today’s guitar is a new old stock DBZ Royale ST as knocked out by Scan Computers in the UK at very reasonable rates (if you can still be bothered to fight your way past Cloudfront Captchas). It’s thin and lightweight but a gnats neck heavy. I got is specifically to set up with very thin strings and ludicrously low action to be easy to play when my shoulder and wrists aren’t in the mood for anything with more resistance.

Speaking of heavy it comes with high output humbuckers - fine for energetic styles but replaced on mine with the more mellow Warman Retro Rockers.

There is also a longer, and though it’s hard to believe, duller version of this on the channel as I had uploaded it before realising the folly of my ways.

It’s All In The Wrist

Is certainly not true for particle physics. 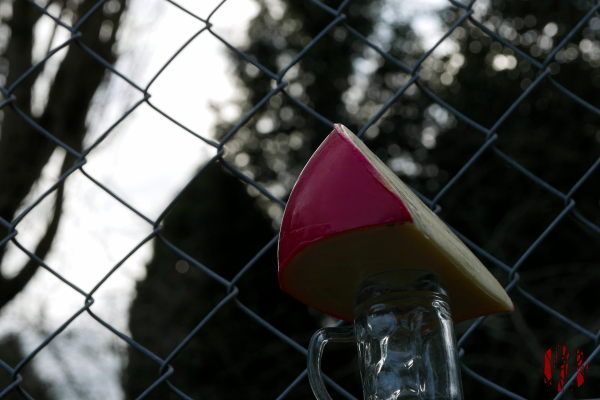