Not Appearing At A Cinema Near You 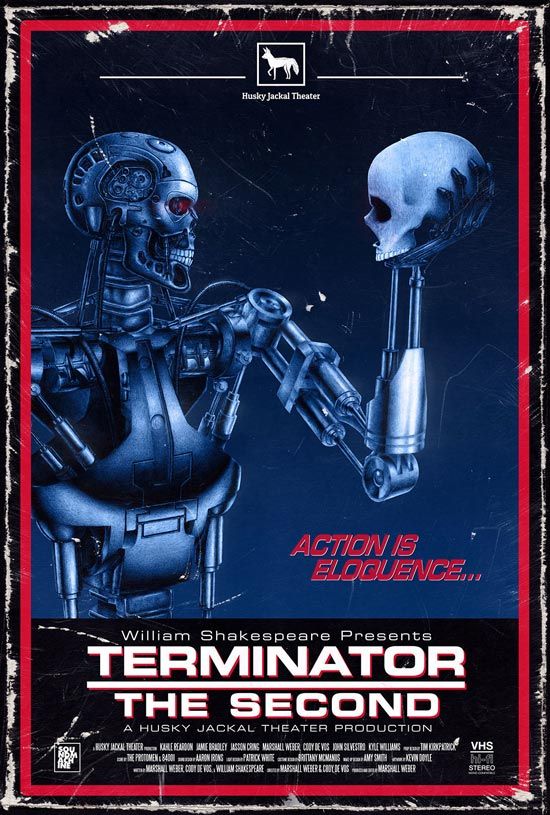 William Shakespeare Presents Terminator the Second is the premiere production of the Nashville performance collective, Husky Jackal Theater. A product of nearly a year of research and revision, the script tells the story of a boy and his cyborg protector entirely in lines and phrases taken from the plays of William Shakespeare. 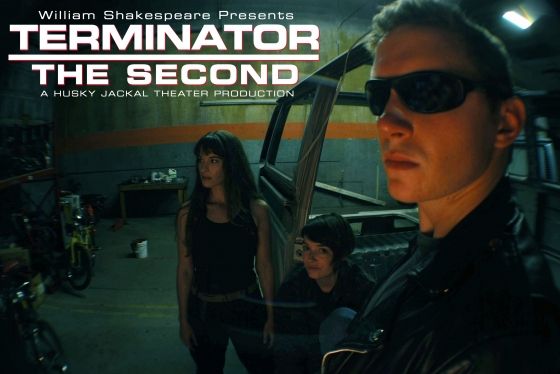 Each line and phrase is taken from original folios, with only proper nouns, pronouns and corresponding verb tenses subject to change. In doing so, the authors were able to accurately recreate the story of Terminator 2: Judgement Day, while remaining true to the words of Shakespeare in form, if less so in intent.

Let loose the dogs of war