I’m not sure I’ve got the hang of this EDM lark.

A bash at the POPsters mix kit as seen on Ototoy. 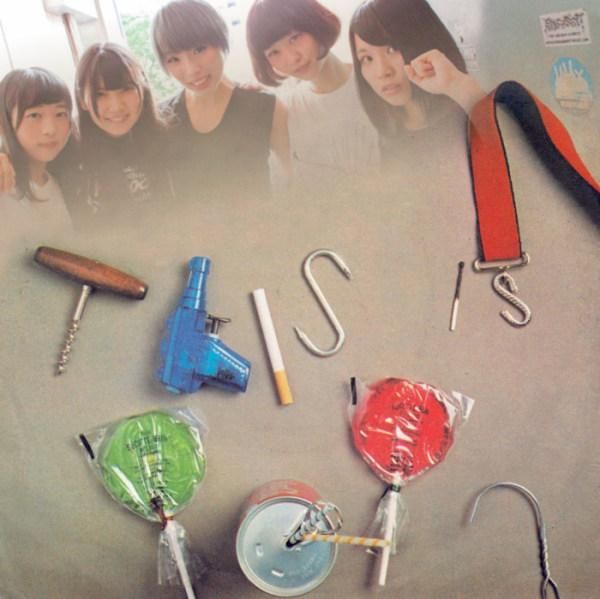 I Had An Awful Lot Of Synths Left Over

Having stumbled across ‘Pretty Pretty Good’ via the pleasingly ludicrous video (above) of this alternative Idol group hanging from a crane, the appeal of mixing it came from the offer of complete unadorned tracks rather than the more common stems. Also the possible puns around the name were too numerous to refuse.

The world was saved from my usual airy fairy stretchy interpretation by it being obvious from a quick perusal of the recordings that there was a lot of good bass and guitar work going on behind the synthesizers dominant in the official release.

First order of the day was a bit of shifting rhythm guitars around to fill in the odd hole here and there as well as moving the piano to accompany the singing in the quieter parts. For good measure I did the digital equivalent of old fashioned splicing to extend a couple of sections, though to what end I wasn’t sure at the time.

Then came the leg work of equalization, compression and wot not together with whacking amp simulations on the initially clean and D.I.ed guitar sounds. (Scuffham S-Gear for the aficionados).

I’m sure like myself you wondered how anyone could release a four to the floor stomper without tambourine and 80s drum machine hand-claps so they were added at strategic points and sound effects shuffled around for greatest… effect.

Lacking something to provide a bit of a boost to the vocal in the last chorus I dragged out a guitar for some ersatz double tracking. It was at this point we drifted back to the 70s as echoing the final ‘cry away’ suggested the octave part on the prior instrumental section.

After much mucking around with effects automation and titivating levels the chance finally came for a bit of subtle stretching with a touch of he old Johnny Remember Me behind the late ba-didily-ba-bas.

Though a rather anachronistic reading of the text for the most part it perhaps allows a little more of the singers’ characters to come through.

How the merry band of POP will fair now their leader, カミヤサキ, has been sidelined due to taking ‘action in breach of management’s instructions’ we shall see.

Although I had little to no knowledge of the Idol industry before this and not a great deal afterwards it didn’t take a lot of effort to work out she was a something of a square peg. But that seemed to be what set her group apart.

It’s interesting from a cultural point of view that rather than storming the Bastille the fans on the whole appear to have reacted with, ‘that’s a rum do, hope you’re back soon’. Though a scan of a few pertinent search terms shows a bit more discontent away from the official feeds and streams. It may be that they’re aware it’s quite possibly a pre-planned publicity stunt.

The picture at the start of this post is based on the cover the of XTC single This Is Pop.


Noise Audio And Or Visual Because It Was There