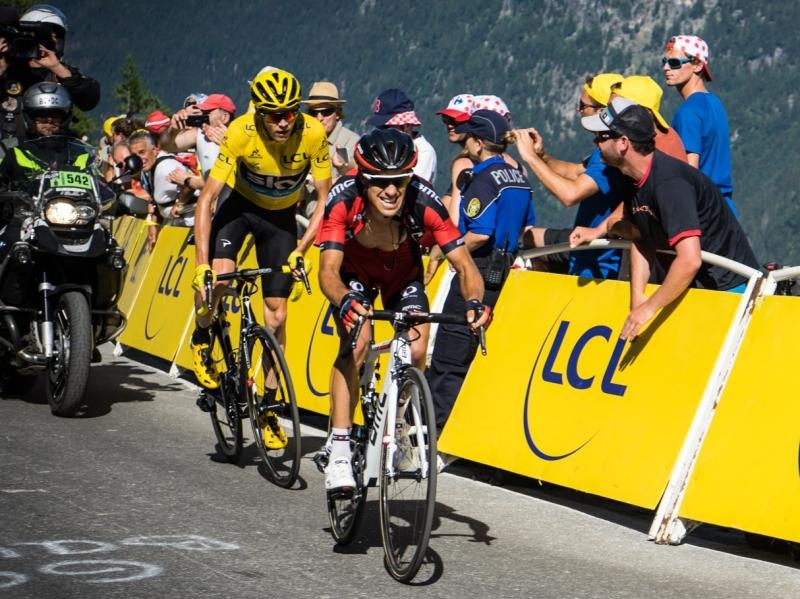 On the 19th Stage of this year’s Giro Chris Froome attacked from eighty one kilometres to go to win by three minutes and turn a deficit of two minutes and fifty four seconds to Tom Dumoulin into a forty second lead. This has led to a certain amount of speculation, egged on by the advertising click reliant cycling websites, about whether such a performance was possible drug free which will continue whether the drugs tests he will have been subject to during the race prove positive or not.

Though extraordinary the circumstances of the attack make the result credible.

As he has been improving many riders who started the race stronger have been losing form, most dramatically the race leader Simon Yates who lost thirty eight minutes on the day. That not only took the race leader out of the pursuit but also his team which had been strong throughout and would have likely increased the fire power of the chase.

Haranguing the non-contributing riders suggests the Groupama-FDJ duo were letting themselves be distracted from the task at hand and as Thibaut Pinot wasn’t in a race with Chris Froome but with Domenico Pozzovivo for a place on the podium their efforts were geared more towards that than risking all to catch the leader.

Interestingly, or perhaps hypocritically, no comments have been made about the performance of three riders distancing by five minutes a far larger group chasing behind.

7.It has been insinuated that this ride had much in common with when Floyd Landis temporarily won the Tour de France before being disqualified for drug use but the exploits of Fausto Coppi may be more apt as without artificial help to aid recovery extremes of performance become more likely.

On the other hand it may have all been a mistake. Chris Froome was only trying to win the Mountains Jersey.