About fifteen or sixteen years ago I bought the less than successful (& therefore cheap) Fender Cyclone II and there’s now been a Squier version released.

Now we can argue the toss over the choice of Strat rather than Jaguar pickups but really! No go faster stripe??!! 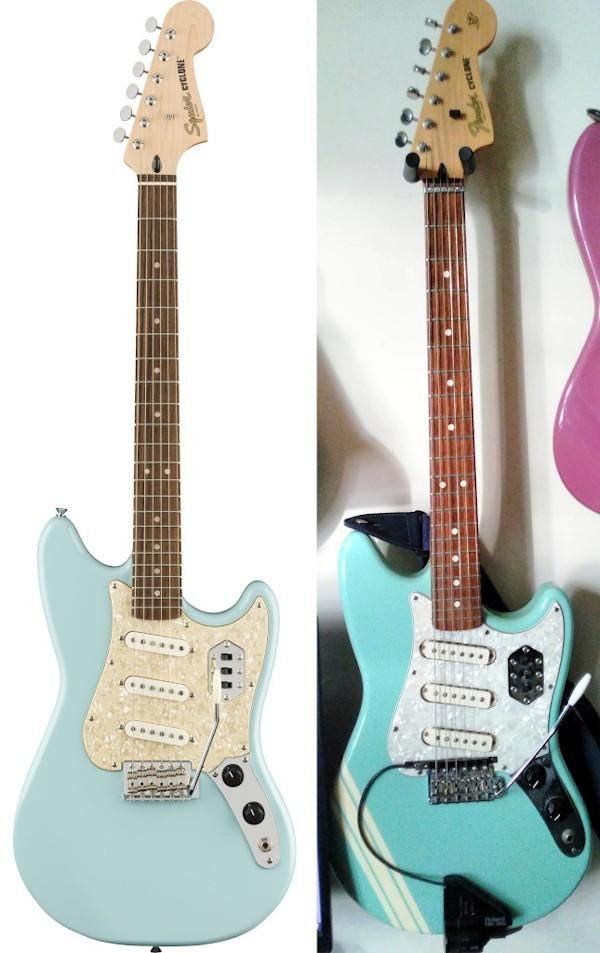 The colours are much closer than my dodgy phone photo suggests.

Rumour has it people were buying them up at the end to get the Fender Japan pickups they contained.

One top tip. Reverse the switches so when you flail away manically and hit them you turn more pickups on rather than cut everything and be left with an embarrassing silence.

Not Sure About The Bod Reboot But the music is a step up from Alberto frog. A bit tenuous but I think it was the green background that did it