For the consideration of the Jury.

Daimon Orchestra have an EP on the go and after mentioning Zappa along with their Bolero t’other day here’s a piece for Trombone Ensemble & Band with XTC referenced. (There’s a couple of minutes of effects at the start).

Disrupting / De-constructing / something else beginning with D on Few Fees Friday you can’t pay for shiokara’s trip to the seaside.

Anoice and derivations are at ‘Name Your Price’ but apparently I have everything already including last week’s release from Yuki Murata.

One from Patrick St. Michael’s Otaquest list Still Dreams - Last True Love (though I went for the mini-album Pre-order).

One I missed from last year by Summer Dress which hides away a rather decent song about half way through the last track, My Blue Heaven (not a cover of the number from 1927s Ziegfeld Follies).

And also playing the ‘Name Your Price’ game world’s end girlfriend. My choice being the remaster of enchanted landscape escape from (cough cough) years ago.

Do watch out when putting in the amount to pay as accounts from the same country can sell in different currencies - as I discovered from sticking Yen in a Japanese account asking for dollars and nearly paying £700 for a download.

Those disposed to a classical finger style technique have long bemoaned the paucity of transcriptions drawn from the punk repertoire. But no longer!

I’ve Suffered For My Art, Now It’s Your Turn

As someone who once spent ten minutes walking up Denne Hill to record some cows I understand how the artistic drive pushes you to extremes. 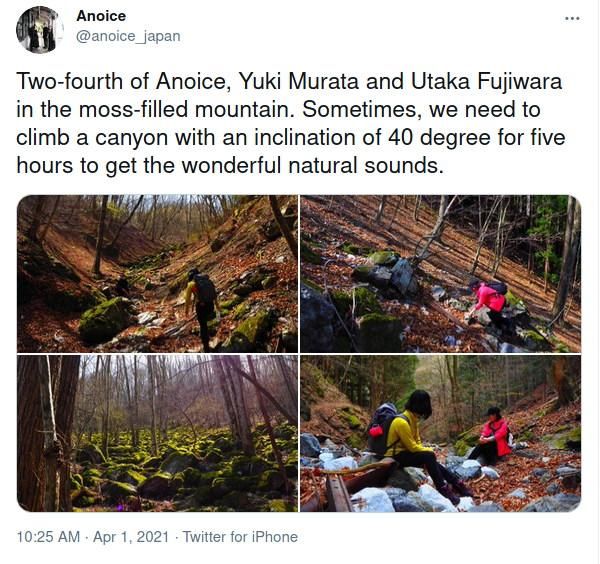 Always looking for a new challenge Daimon Orchestra have tackled Ravel’s Bolero. I was going to mention the Zappa version but noticed it’s in the track notes. Less random sound effects in this one.

The Wide Ranger Away!

As someone with a slow attack & long release I’m only just catching up with Dynamic Range Day.

Things are slowly improving with Masters less likely to be squashed up against a limiter and the streaming services introducing playback policies that father a wider range recording.

I have against these fast cutting videos is that it’s harder to identify less common-or-garden guitars.

With nuclear weapons making a comeback here’s a well known song from their previous peak in the 80s. This is actually what the guitarist of the then band Nena wrote in a literal translation which is still better than Red Balloons. (In the subtitles if they don’t come up as standard.)

I of course bought the 12″ version with the original German but a poor choice of B-Sides put me off until the mid 2000s rise of YouTube. Also not quite in tune with my indie sensibilities.

T’singer hasn’t stopped of course and despite some reservations about her packing the band with offspring it proved prescient when it came to recording an album during lockdown. Marrying a drummer also an advantage.

‘To protect you from fraudsters, we’re setting your daily payment limit at £5,000’.

I should just about be able to manage.

I didn’t go to University but I have great sympathy for those who did.